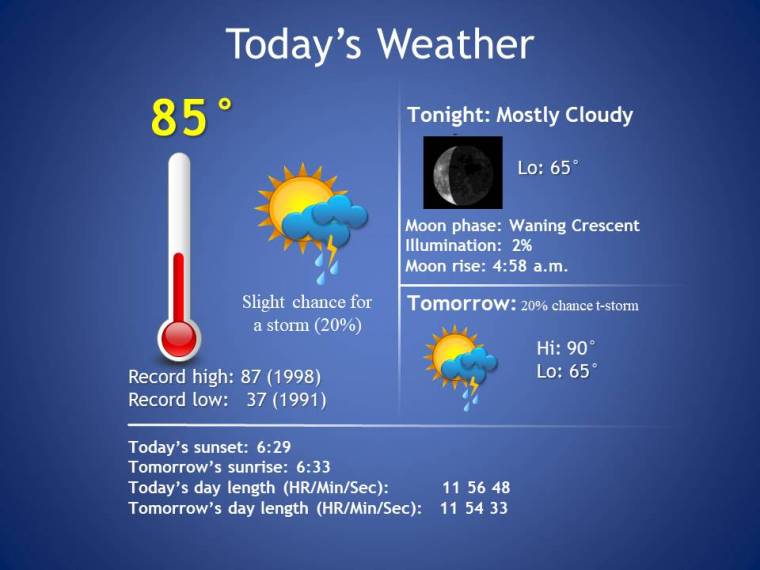 –Summer-like pattern coming to the plateau

–Drought conditions to worsen in the coming days

No major threats in sight.

Summer-like weather has returned! If you don’t like it don’t despair. We all know cooler temperatures will come….someday.

We only have slight chances of rain each day. These will be the typical heat-of-the-day afternoon/evening storms. Most of us will stay dry each day. At least we have that isolated chance, though.

The best chance of rain may come at the end of next week, as a cold front “washes out” as it moves through. I wouldn’t be surprised if I have to take that rain chance away but let’s stay optimistic.

I’m tellin’ ya, I don’t see any appreciable, widespread moisture in any of the extended models. We are in dry times, folks, and I fear this may be a long ride. That will not bode well for the fall fire season.

The latest outlook from the drought monitor has me most concerned. Although I have little faith in outlooks that go this far out, it is concerning that most long-range outlooks show us staying dry, with drought conditions persisting through the end of the year for our region. Let’s hope this doesn’t verify. If only we could get a tropical system up our way. That would change everything.

Incidentally, if we get to 86 degrees or better on Tuesday, we will break our all-time record high for October for Crossville. That looks to be easily within reach. 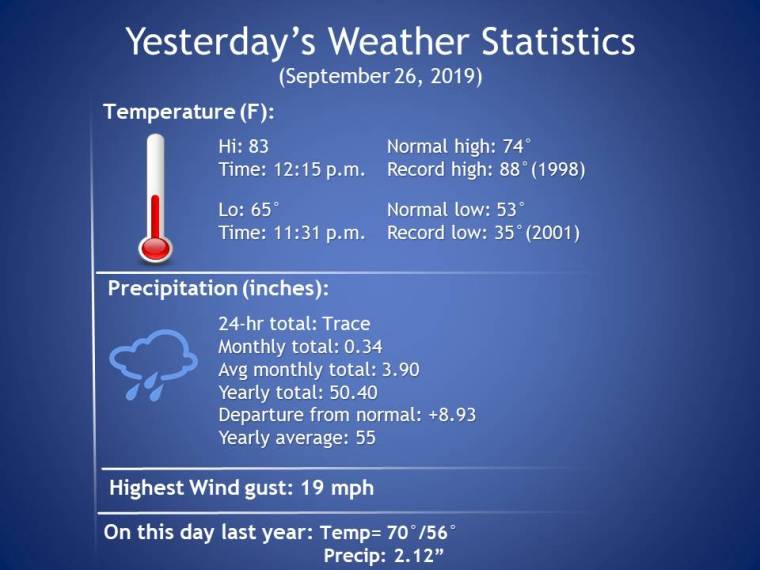 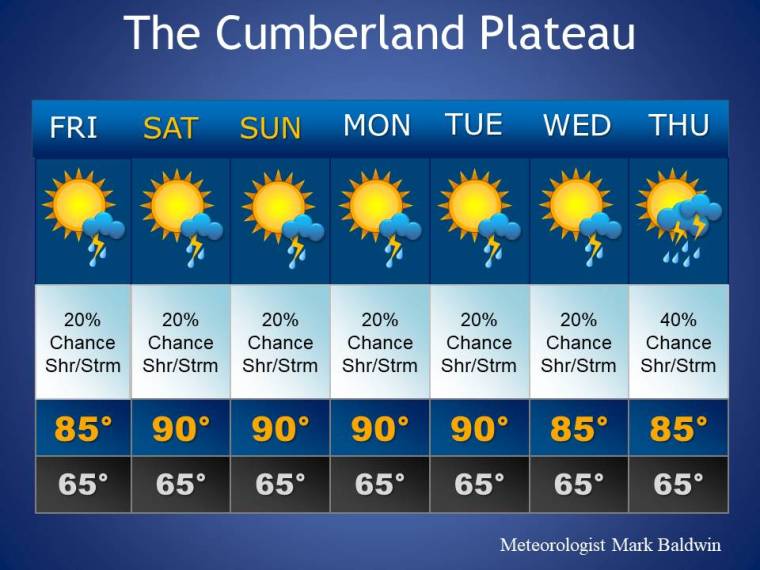 The remnants of Isidore moved into our area on this day in 2002. The storm set single-day rainfall records for many areas across Middle Tennessee. The map below shows the path of Isidore and the rainfall she produced. Notice the plateau picked up about an inch or so of rain.

Sure would be nice to have a tropical system to bring us some rain now!

The tropics have gotten a bit calmer. Tropical Storm Karen has been the foremost concern but she’s looking pitiful. She has a lot of obstacles to overcome and I’m not sure she’ll survive. Still, we have to keep an eye on everything this time of year.

The big news story in the Atlantic is Hurricane Lorenzo. That is a very powerful hurricane but it is far out at sea and will stay there. We can all be thankful for that! He’s very easy to spot on satellite in the eastern Atlantic. Lorenzo is more than 500 miles wide! Can you imagine? That width includes tropical storm and hurricane-force winds. That’s like a storm that extends from Crossville to Detroit, MI! 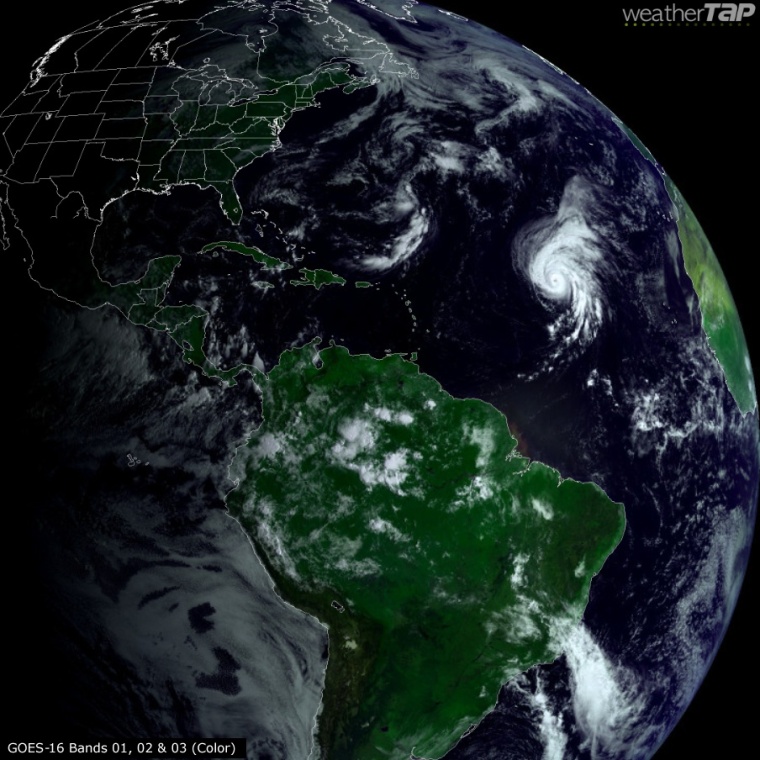 A period of abnormally low rainfall, leading to a shortage of water. According to NOAA, drought is not only caused by lack of precipitation and high temperatures, but by overuse and overpopulation as well.

Drought is not easily defined and there are over 150 published definitions of drought.

Time is running out to have your name sent to Mars! The Mars 2020 Rover is heading to Mars and it could have your name on it. Just follow this link and fill out the info and your name will be on it’s way! The deadline is September 30 (Monday).

And yes, I sent Meteorologist Mark on it’s way! 🙂

The Northern Lights are due to be exceptionally active this weekend. Folks as far south as Iowa may get to see them! Pale green is the most common color for these lights, though various shades of other colors have certainly been photographed. The show is expected to begin Friday after sunset.

I always look for these when these geomagnetic storms are forecast. I remember one time, many years ago, the storm was much greater than anticipated and we could just barely see them from Crossville! That is rare, for sure, but it can happen. If I ever see them you’ll know it! I’ll be blowing up Facebook and this blog like crazy! haha

Nashville is still on track for the driest September on record, as there’s no appreciable rain in the forecast for the rest of the month. The current record set in 1903 is 0.13″ and they’ve seen 0.02″ so far in September 2019.

For those of you with kids enrolled in the rocket class, keep in mind that’s next week! The 11-13 year olds are Thursday and the 8-10 year olds is Friday. Let me know if you can’t make it. I look forward to it and I have some really cool things planned! Let me know if you wanted in but couldn’t get in. Just email me at Mark@weathertap.com.