–Today is the last day of this heat wave!

–Even cooler weather coming for the start of next week

Just be safe in the heat….for one last day! 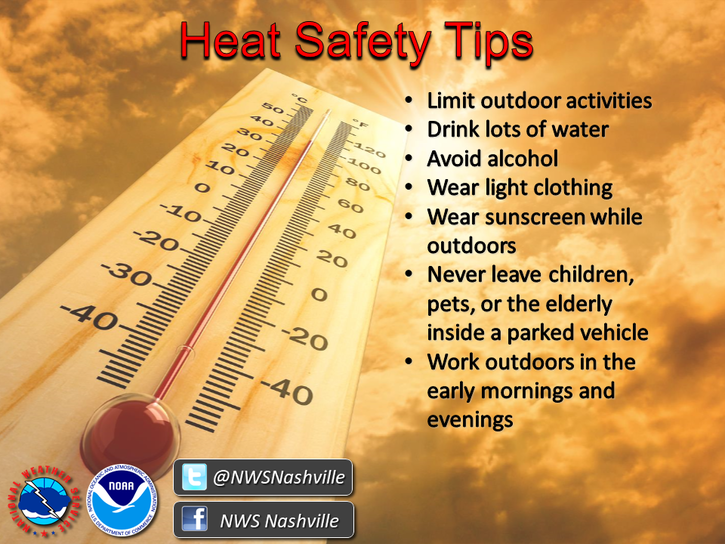 We just have ONE more day to put up with this record-breaking heat! What a heat wave it has been, too. I can’t begin to count the records that have been broken across the plains and eastern US over the past week.

Thankfully, the chances for rainfall on Sunday are increasing! Let’s all hope that we ALL get some rainfall. Even a little bit is better than nothing.

Behind that front, even cooler temperatures will move in! Get ready for a big taste of fall, y’all!

We woke up to a morning low of 26 degrees on this day in 1974! Brrrrr! That was the third of four consecutive daily record low temperatures that week.

You think it’s dry here? The longest dry spell on record for the US was set on this day in 1912 in Bagdad, California. This was the 767th day with no rain! Anyone else feeling thirsty?

It looks like our possible system in the Gulf may steer clear of the US. We could use the rain from one of these systems, but it doesn’t look like this system will be the one to bring that relief.

Other than this system, the Atlantic is finally quiet again. Keep in mind that hurricane season runs through November 30. 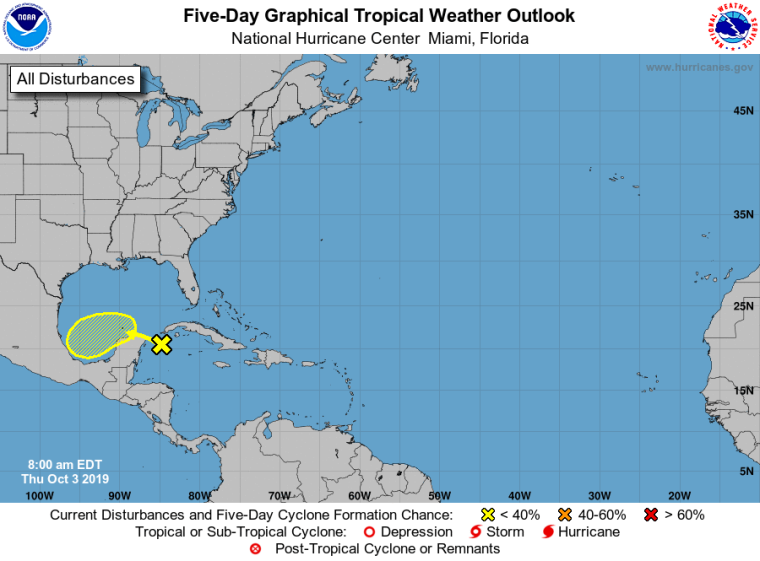 A layer of ice crystals that form by direct deposition of water vapor to solid ice. In other words, the water vapor in the air skips the condensation stage to water droplets and goes straight to the ice crystal stage.

The temperature must be 32 degrees for frost to form. No exceptions. Yet, when we see a forecast low of 35 degrees we expect frost. How is that possible? Well, the answer to this mystery lies with your thermometer!

The standard height of a thermometer is five feet off the ground. That is the NWS regulation height. Conditions necessary for frost formation include clear, calm nights. On such a  night, the ground loses heat quickly and can become colder than the air above it. This means that while your thermometer says it’s 35 degrees, it’s actually 32 degrees on the ground, where frost can form.

Cars lose heat quickly and efficiently, too. Therefore, they will also be colder than the air around your thermometer and develop frost, even with your thermometer registering temps slightly above the freezing mark.

I once put a digital thermometer out in the middle of an open field on a clear, calm winter night. The temperature out in the field dropped to 22 degrees, while my thermometer on the edge of that field recorded 32 degrees. Temperature can change dramatically in short distances on clear, calm nights!

Almansoori was on the ISS for only eight days, covering 3.1 million miles and 128 orbits of Earth. That’s my kind of trip! (ha)

Hague and Ovchinin completed hundreds of experiments in biology, biotechnology, physical science and Earth science, including investigations into devices that mimic the structure and function of human organs, free-flying robots, and an instrument to measure Earth’s distribution of carbon dioxide.

We thank them for their service and wish them all the best back here on good ole Earth!

Unfortunately, the outlook for the the middle of October looks hot and dry. Enjoy this cool spell that’s coming….. Just be prepared for this drought to last a while, folks, even if we get some rain on Sunday and Monday.

Below is the temperature (left) and precip (right) outlooks for October 10-16. 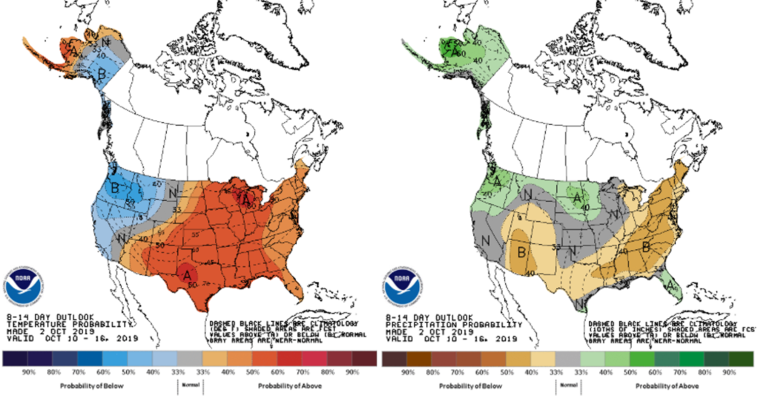