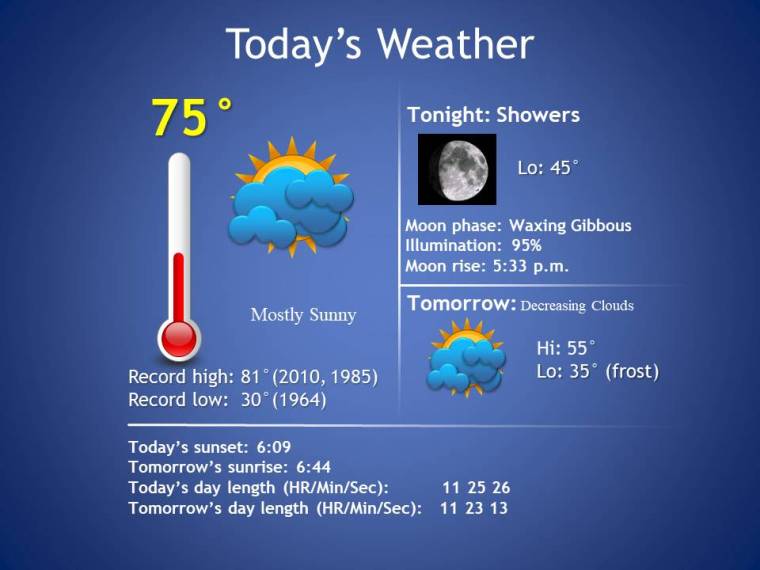 –The first frost of the season is coming for Sunday morning.

The strongest cold front of the season is on its way! That front will arrive late tonight. Showers will accompany the front but they will be scattered and light. A far cry from what we need to end our drought.

Then, colder air filters in tomorrow, leading us to our first scattered frost of the season by Sunday morning. Not all of us will see frost, but many of us will.

Then, the weather looks nice for several days. The next front will arrive Tuesday, bringing another shot of cold weather that will likely lead to more chances for frost.

Aren’t you glad I’m talking about frost and not record highs?

I did notice yesterday that those fickle long-range outlooks have backed off on the heat for the rest of the month. They also don’t have us as dry as they did earlier, but widespread rain chances still look bleak.

It was a very warm day on this day in 1989. Many US cities broke record highs, as temps climbed into the 80s and 90s throughout the central US. Even Grand Island, Nebraska hit 90 degrees! (FYI, Grand Island is 43 deg for a high today). Waco, Texas hit 97 degrees.

There’s an area of low pressure ~200 miles off the coast of New England that continues to be monitored. It’s now looking more likely that this will become a named storm, as it pulls away from the US. It looks nice on satellite this morning!

A seasonal prevailing wind. A monsoon is a seasonal wind shift over an area that brings a change in the weather.

Many people often misspeak when it’s raining really hard and they say, “It’s coming a monsoon!” That’s not a monsoon at all, though we often think of rain when we think of a monsoon. That is because the most common one of all is the Indian monsoon that results from a wind shift that brings moisture inland from the Indian Ocean.

The Desert Southwest of the US also has a moist monsoon that occurs from July to September. This is when the desert gets most of its annual rainfall.

Monsoons can be dry wind patterns, too, though we hear much less about them.

After years of delays, NASA has finally launched the Ionospheric Connection Explorer (ICON)! Whew, that’s a mouthful! Basically, this mission will study the ionosphere portion of our atmosphere.

The launch of this thing was a bit unusual. The rocket carrying it was released in midair from a carrier plane (Stargazer L-1011). The aircraft had taken off about an hour earlier from Cape Canaveral. 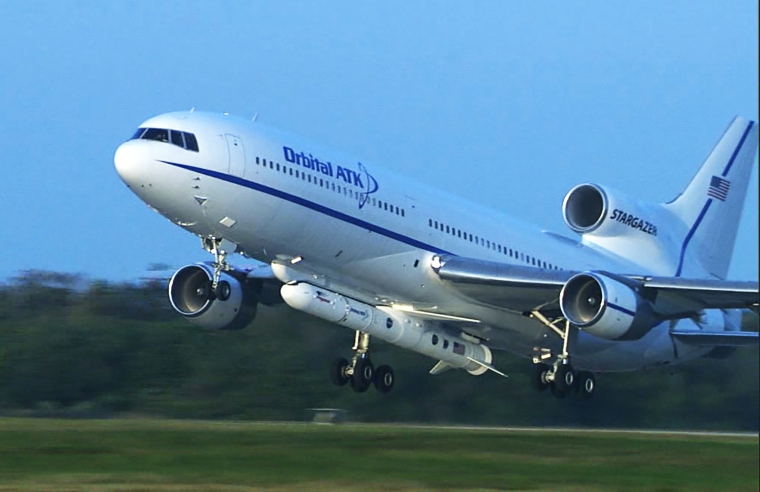 This mission, by studying the ionosphere (seen below), will help us better understand the interaction between space weather and Earth’s weather. The mission has been delayed multiple times over the past few years. We are so thankful that it is finally underway!

Water restrictions are now being issued for Pikeville, as we continue to see drought conditions develop across much of the plateau. Residents are asked to not wash cars or water their lawns. The water table has dropped to 84 feet, which is the threshold for enacting the beginning stages of their drought plan that was adopted after the 2007 drought.

Denver, Colorado woke up to a low temperature of nine degrees this morning. This shatters their record low of 22 degrees set on this day in 1946. The city was 80 degrees on Wednesday. This marks the biggest temperature drop ever recorded for the city in the month of October. They also have a couple of inches of snow on the ground.

Makes ya wonder what we’re in for this winter, right?

On a more peaceful note…..

Did you all catch that sunrise this morning? Wow…. TN has the best sunrises.