It has now become official! Colorado did indeed have the largest hail stone ever measured in their state this past summer. “Colorado recently received this new record-setting determination from the State Climate Extremes Committee, made up of members from NCEI, US National Weather Service Goodland Kansas, and state and local officials” How would you like to have that thing land in your yard?! Geez! 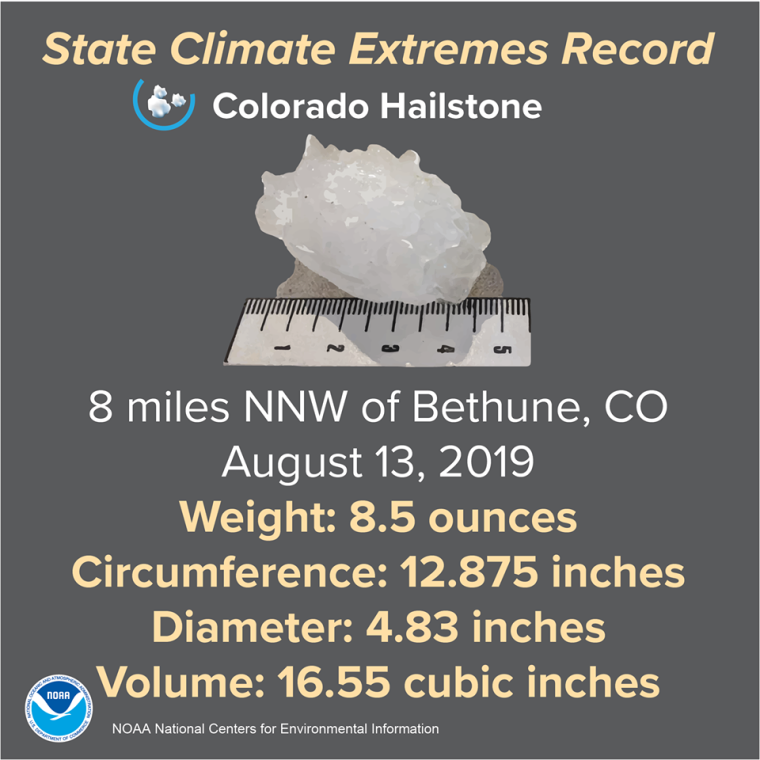 In other news, the tropics are getting a bit more interesting. It continues to look like Tropical Storm Olga will be named in the Gulf sometime this evening. That storm is headed toward New Orleans and will bring torrential rainfall to the area. Now, we have another storm brewing way out in the Atlantic. That could become Pablo anytime.

The satellite view below shows water and the path of the depression (soon to be storm?) in the Gulf. Look at that HUGE moisture plume that streams north and then east!

I’m also happy to say that the latest model runs continue to show a nice Sunday on tap for us. It may take the morning hours to break up the clouds but the day is looking dry.

You all have a great afternoon and evening. Be safe driving on the wet roads. As you can see by the current radar, we have a very rainy Friday night and Saturday ahead! All activity is moving north, northeast.