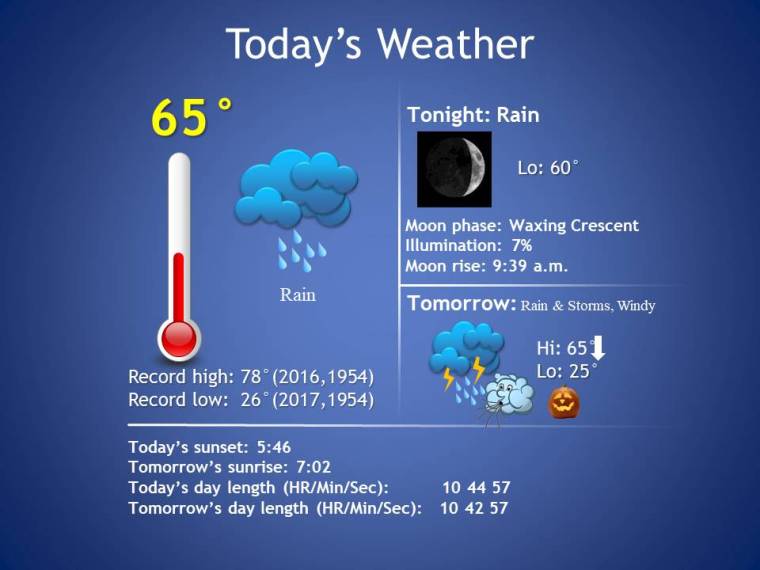 –Strong to severe storms are possible tonight and early Thursday

FRIDAY, SATURDAY & SUNDAY MORNINGS: A hard freeze is expected to develop each morning. Temps will stay below freezing for several hours.

We will see widespread rain showers today, along with a few thunderstorms. Some storms could become strong or severe this evening. I’ll keep an eye on it for ya.

Our Halloween forecast is looking pretty rough. We’ll be dealing with the passage of a very strong cold front the first part of the day. That front could set off some strong to severe thunderstorms and heavy rainfall.

After that front moves through, scattered rain showers will still linger for the better part of the second half of the day. Temperatures will also be falling, as north winds gust to 25 mph. I HIGHLY encourage everyone with outdoor trick-or-treating plans to move those indoors. It’s just not worth freezing the kids to death and have them catching colds.

After the miserable weather for Halloween, we have multiple nice weather days coming our way. It will be chilly, that’s for sure, but at least the sun will be shining. 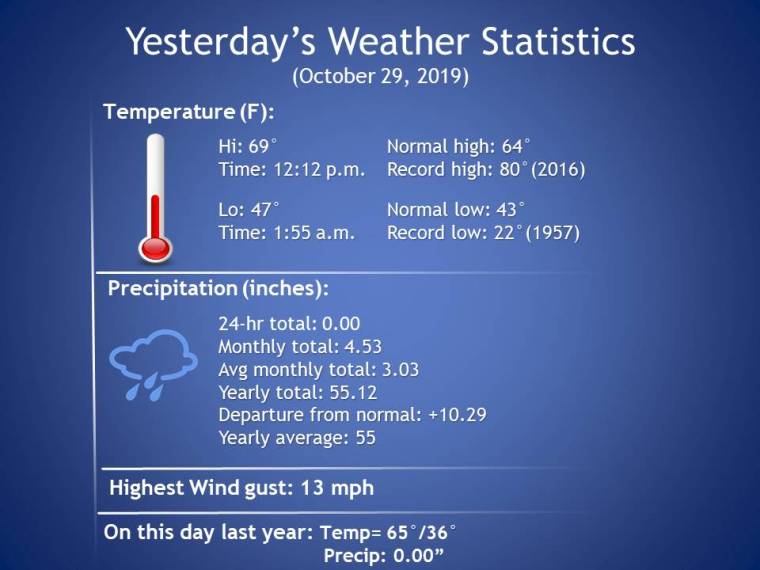 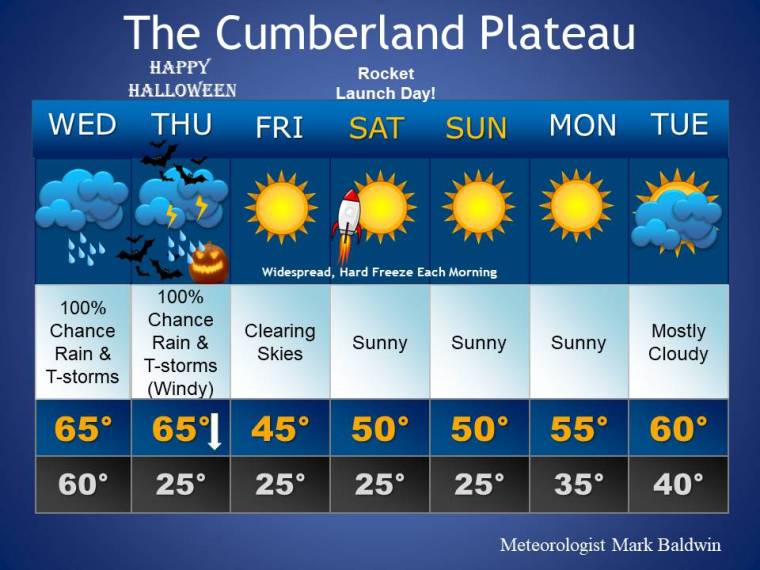 The earliest snowfall to ever be recorded in the city of Nashville fell on this day in 1925. The city measured one inch of snow.

On this day in 1947, the Monongahela Valley in Pennsylvania became smothered in smog. The smog was trapped in the valley when atmospheric conditions prevented the flow of air in the valley from removing the smog. This carried on for five days. The poor air quality killed 20 people and left more than 2,000 others sick.

We still have that disturbance that is hundreds of miles east of the US. It may become our next named storm, but it is absolutely no threat to the US.

A word coined in the early 20th century and is a contraction of the words smoke and fog. The fog and haze are combined with smoke and other atmospheric pollutants. Vehicle emissions are the primary pollutant associated with smog.

In the past, smog was primarily produces when fog would mix with smoke coming from burning coal. This was the case when the word “smog” was first created. This created filthy air in cities and almost made air quality unbearable to breathe at times.

Today, most smog is created by a chemical reaction between sunlight reacting with Nitrogen oxides and at least one volatile organic compound in the atmosphere. The nitrogen oxides come from car exhaust, coal power plants, and factory emissions. The organic compounds come primarily from cleaning solvents. When sunlight hits these chemicals, a nasty, harmful smog develops.

Pictured below is Shanghai, China, struggling with a very smoggy day. Can you imagine breathing that?

The Juno spacecraft has captured some stunning photos of the jet stream region of Jupiter’s northern hemisphere. Juno has helped scientists discover that the swirling bands of clouds in Jupiter’s atmosphere actually extend deep into the planet, to a depth of about 1,900 miles! At the time of this image, Juno was about 6,000 feet above the clouds. 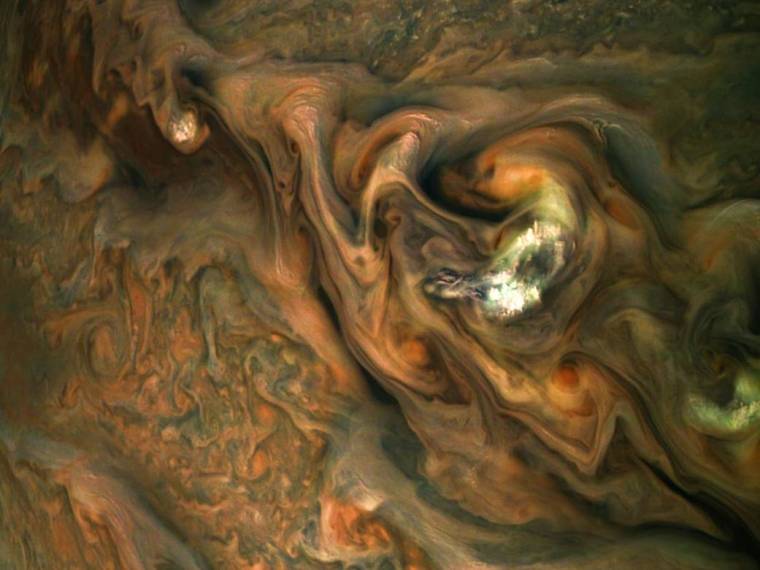 I head out early in the morning to get to Wallop’s Island before dark (hopefully). Wish me well on my travel!

The season’s first winter-like cold front is producing widespread light snow across much of the central plains today.

Hard freeze watches cover most of Kentucky for Thursday night.