Folks to our northwest picked up more snow than we did. Whenever there is snow on the ground, visible satellite imagery can “see” it. While snow and clouds are both white, the snow doesn’t move and the clouds do. That allows you to notice the difference between the two.

In the satellite imagery below, notice how cool-looking the rivers and streams are against the snow. They really shine out!

Notice the lake-effect snow falling southeast of the Great Lakes. Northwest winds are really cranking up that lake-effect machine today.

You can also see how northwest winds cause the air to rise on the western slopes of the plateau. That rising motion forces clouds to form and/or linger over us for much longer than they do anywhere else. As that air than moves over the plateau, it has to sink back into the valley of East Tennessee. That shows up a little bit in this imagery over the Knoxville area, where there appears to be a line running up the valley that may have more sunshine.

Notice the snow across northern Missouri, Iowa, western Kentucky, Illinois and Indiana. Meanwhile, clouds hang on for dear life around here and will likely do so through most of the afternoon. Clouds love our plateau! (ha)

I should point out how the north winds at the surface are blowing through Alabama, while the winds aloft are clearly blowing those clouds on southwest winds. As we get later into the season, we’ll have to watch such scenarios very closely for our area. That would be a classic scenario for a winter storm for us, with cold air at the surface moving out of the north, while moist air moves out of the southwest overhead.

The tricky part is getting those two to align. Then, you have to figure out if the cold air is “deep” enough for snow or shallow enough for freezing rain. It’s enough give ya a headache! ha

I hope you’ve learned some meteorology and that you are just as anxious as I am to see what this winter holds! One thing is for sure, you can get ANYTHING around here in the winter. We can get bad storms, big floods, winter storms, freezing cold…you name it! That’s what makes winter in this part of the country so interesting and what makes it my favorite season of the year!

Plus, there’s Christmas. I mean, come on, does it get better? 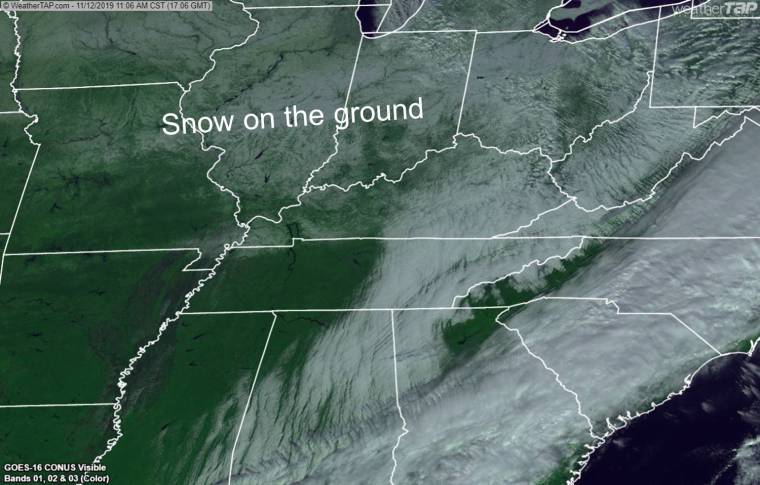