The nearly Full moon will be rising around 5:15 this evening. Look on the eastern horizon for that. I say “nearly” Full moon because it doesn’t officially become full until a few minutes after midnight. In fact, the official time for that will be 12:12. So, the moon will become full at twelve minutes after twelve on the twelfth day of the twelfth month. Whew…that’s a mouthful! ha

This one is especially important to me. At the last rocket launch I was at in November I got to see supplies sent to the station. Those supplies are being used by the astronauts right now! Those supplies even included an oven, the first of its kind, to be used on the ISS to bake food.

Pictured below is the current crew of the ISS. Be sure and wave as they pass over! (ha) 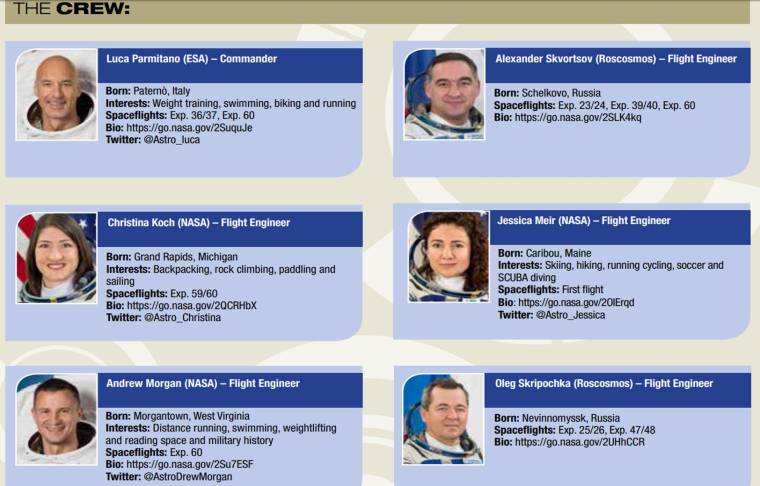 Go out an enjoy the view! Remember, the ISS looks like a big, bright star slowly moving across the sky. If it blinks, it ain’t ISS. (lol)