–Rain tapers off on Saturday, giving us mostly cloudy skies and just a slight chance for a shower for the Christmas parade

Strong to severe thunderstorms will be possible on Monday. Right now, that threat looks greatest after dark. The threat increases as you go west of the plateau. I’ll be monitoring this very closely.

The Storm Prediction Center has outlined an area of concern for Monday. As of now, that area is just southwest of our area. They were right to point out that this is still a few days away, and an expansion of the risk area is probably in the coming days. I’ll keep you posted!

We’ll see rain developing today across the plateau. That rain will become more widespread as the day progresses.

As we go through our Saturday, this system will be moving out. We can’t rule out a stray shower for the Christmas parade in Crossville, but I think we’ll be mostly dry.

Sunday will be our lull between systems. Enjoy it.

On Monday, a powerful storm system will move into our area, bringing with it showers and storms. Our atmosphere may become unstable enough to support the threat of severe thunderstorms, especially Monday evening/night. I’ll keep a close eye on this.

As colder air sweeps in behind this system, we may see some snow flurries Tuesday morning. 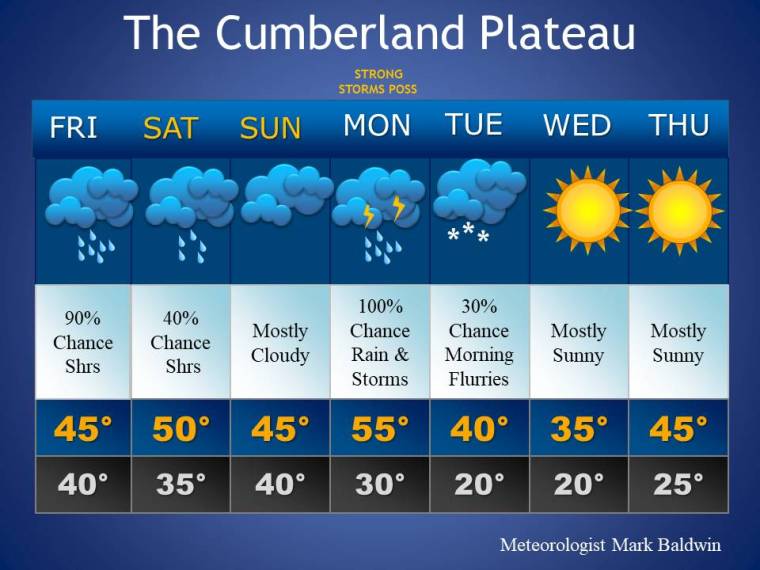 On this day in 1962 Crossville set a new record low for the month of December. That bitter low temp was 17 degrees below zero! Brrrrr

There was a communist named Rudolph.
One day he looked out the window and said, “It looks like a storm is coming.”

“Because,” he responded, “Rudolph the Red knows rain, dear.”

NASA’s Juno explorer has been investigating Jupiter since July 2016. It explores the planet from just about 2,100 feet above the surface. The craft is designed in such a way that it needs sunlight 24 hours a day. Unfortunately, an eclipse threatened to put the craft in darkness for 12 hours, a situation that would have meant certain death for Juno. Thankfully, engineers figured out a way to keep Juno free from the darkness of the eclipse.

As Juno made its new path around Jupiter, it discovered something we might not have ever seen had it not been for this new path plan. A new storm was discovered near the South Pole. In the image below, the central storm is outlined by the U.S. to show a size comparison. The newest storm is shown outlined by Texas.

Studying the development of these storms sheds light on other storms on other planets, including our own! We may figure out things about our own weather by studying the weather that occurs on other planets, etc. In the image above, the six outer storms seem to be controlled by the inner storm. That inner storm appears stable and able to sustain itself for incredible lengths of time.

Wind speeds with this newest cyclone are estimated at 225 mph!

Jupiter’s North Pole has even more storms, with nine. I’m not sure Santa could survive the North Pole on Jupiter. lol 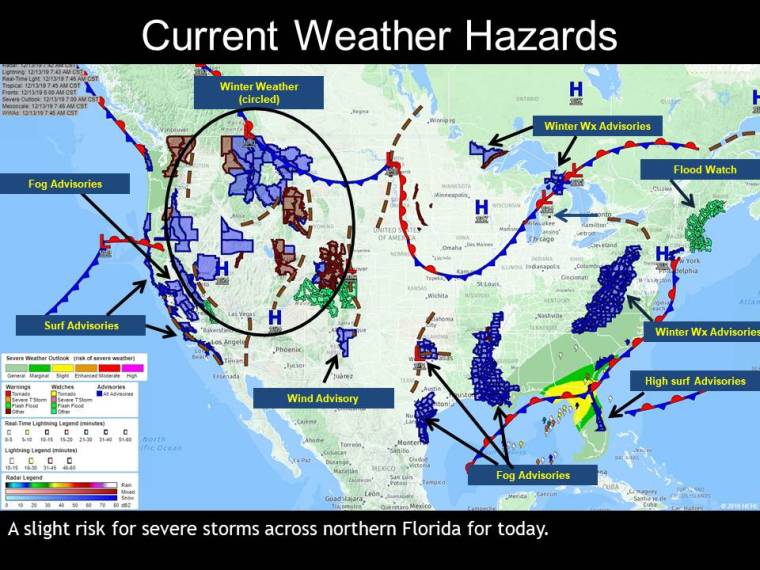 Last night’s MASTER a Science class went so well! I hope the kids and parents enjoyed it as much as I did. The next class is January 23 (same place, same time). Registration is required and that will be made available about a week before the class.