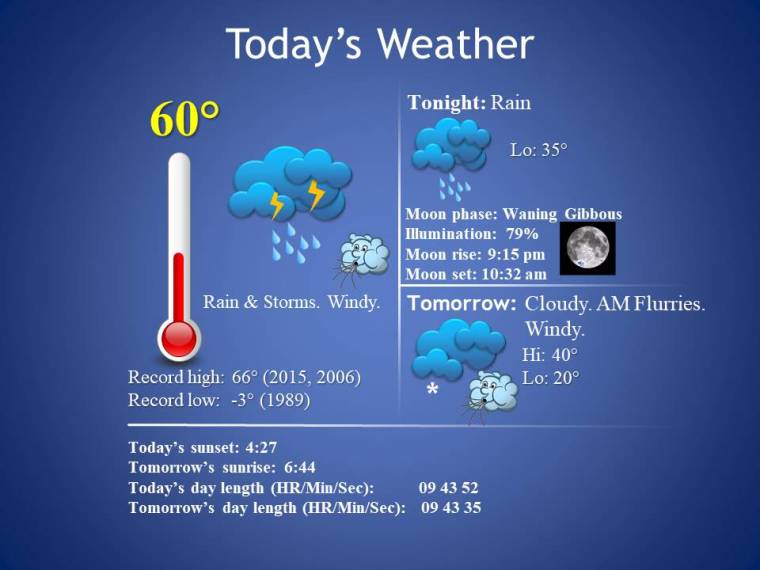 –Strong storms and heavy rainfall are possible for our Monday

–Snow flurries are possible Tuesday morning, with no accumulation expected 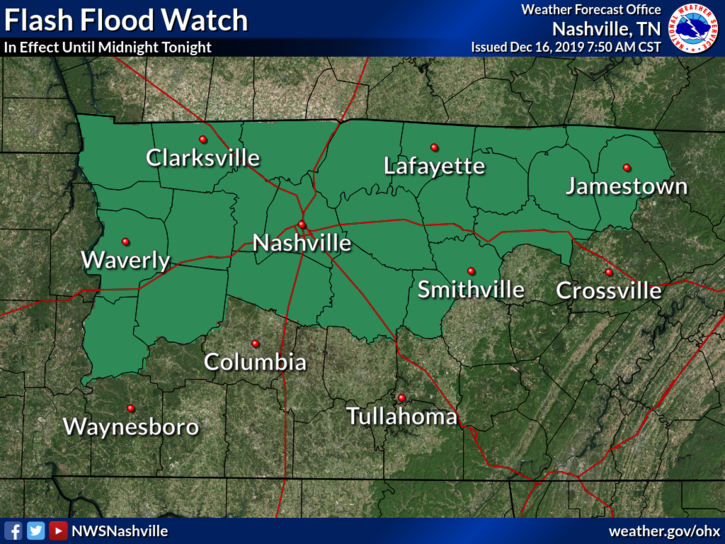 We also have a storm threat today. The Storm Prediction Center has placed all of the Cumberland Plateau in the MARGINAL RISK for severe storms. The most powerful storms will stay in Mississippi and Alabama, but a few of those will try to work their way onto the plateau later this afternoon and evening. The main timeframe for this threat is 3:00-9:00 pm. I’ll update that timing, as needed.

We’ll see cloudy skies and rain showers for the first part of our Monday. The second part of our Monday will become more active. Both showers and storms will develop across the plateau. Some of that rainfall will be heavy, and some of the storms could be strong.

The main timeframe for activity appears to be from 3-9:00 pm. I’ll update that as needed.

As moisture moves out and colder air moves in, we could see some flurries for our Tuesday morning. No accumulation or impacts are expected.

The weather improves for the middle and end of the work-week.

Our next system may arrive next weekend. There’re too much uncertainty with that system to say much about it just yet.

Looking way ahead into Christmas week….preliminary indications are that it will be a warm and dry Christmas week for TN. I’ll keep ya posted. 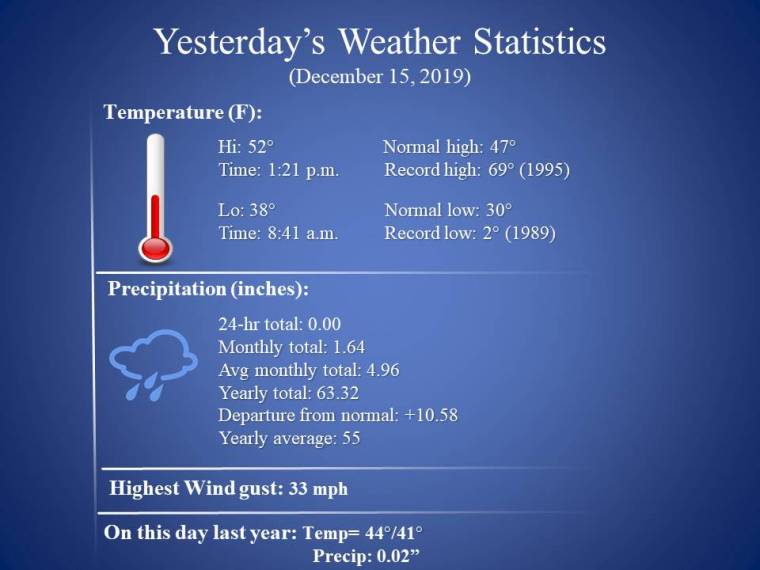 On this day in 2000 a powerful and deadly F-4 tornado roared through Tuscaloosa, Alabama. A total of 11 people lost their lives, with another 125 being injured. It was the strongest tornado to ever hit Alabama in December since records began in 1950.

Today, that area finds itself well within the risk for tornadoes. To say the least, they are quite nervous today.

The sun comprises about 99.86% of the mass of the Solar System. That’s a lot of mass!

The Earth, Venus, Mercury, Mars, moons and asteroids only comprise 0.002% of the solar system’s total mass. Anyone else feeling really small right now?

Astronomers noticed a mysterious visitor approaching the sun and got very excited back in October. The strange guest turned out to be a comet. Comet 2I/Borisov comes to us from the depths of space, from another star. It’s unclear where exactly it came from but astronomers say to enjoy the view of it through the Hubble telescope while it lasts. The comet will quickly zip back into space very soon.

This is the second comet observed by Hubble to have come from interstellar space. Astronomers are certain there are more and will be keeping a close eye out for more.

The comet is moving at 100,000 mph, which prevents the sun from capturing the comet and burning it up. The comet is about the length of nine football fields.

“Comet 2I/Borisov is only the second interstellar object known to have passed through the solar system. These two images, taken by NASA’s Hubble Space Telescope, capture the comet appearing near a background galaxy (left) and soon after its closest approach to the Sun (right).”
Credits: NASA, ESA and D. Jewitt (UCLA)

As I mentioned above, today is the anniversary of the Tuscaloosa tornado of December 16, 2000. Meteorologist James Spann of Birmingham shared this story on Facebook last night for the anniversary today.

“Tomorrow is the anniversary of the EF-4 tornado that killed eleven people in Tuscaloosa December 16, 2000.

A remarkable photo was captured by Michael E. Palmer of The Tuscaloosa News… it shows Michael Harris carrying an unconscious girl 6 year old girl, Whitney Crowder, in his arms. Her bare arms and legs were smudged with dirt and her blonde hair was tangled. The photo was distributed worldwide in the days following the tragedy.

Among the dead were the girl’s 26-year-old father, Derek Crowder and her 16-month-old brother, Wesley Crowder. The tornado left her mother with a broken back and her sister with broken bones in her face and some brain damage.

Whitney survived, thanks to the heroic action of Mr. Harris.

I received a note, and an updated photo from Whitney tonight (she is now Whitney Daly). It reads…

“Hi, James! I know this is yet another year where we remember what happened on that dreadful day, but I was hoping this year you could add a little joy by sharing a picture of my family with the story to show everyone how wonderful life can be! Just wanted to ask! Here’s a picture of my beautiful family!”

Tomorrow, we will be busy getting ready for another severe weather threat, but I wanted to share this with you tonight. Miracles do happen, and life is precious!” 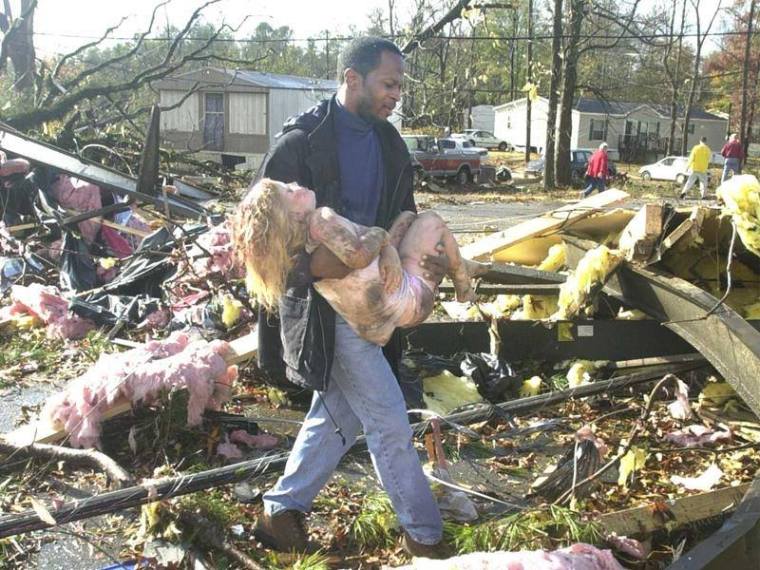