Today’s blog is a bit abbreviated, so that I can focus on the severe weather threat. 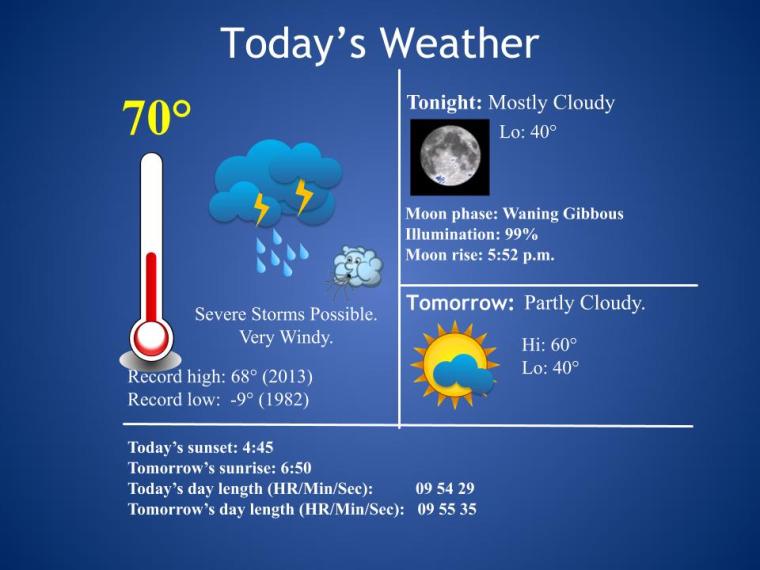 Strong to severe storms will threaten the plateau today. In addition to storms, winds out of the south today could gust to 50 mph. Prepare for power outages.

Winter returns the end of next week.

The main threat today is damaging straight-line winds. Even winds outside of storms could do minor damage today. If storms become strong enough, they could transfer winds in access of 70 mph to the surface. A tornado spin-up or two is also possible across the plateau. The hail and flooding threats are very low.

Because the winds in severe t-storms could be as strong as those in weak tornadoes, treat any severe t-storm warning as if it were a tornado warning. Seek shelter in the middle of your home, with as many walls as you can get between you and the outside. Wear your bike helmets to add some good protection to your head. Stay away from windows and out of your vehicle. 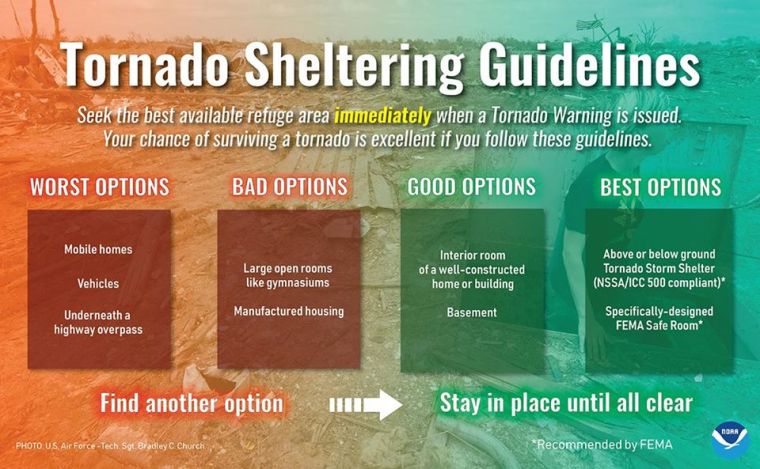 The Storm Prediction Center has now included nearly the entire plateau in the slight risk for severe weather. But don’t focus on that. Just focus on what you will do if a warning is issued for your community. Have a plan. Having a plan reduces stress and anxiety when a warning is issued.

Tornado watches extend to Lebanon as of now. Those will likely be extended eastward with time.

The greatest threat remains damaging straight-line winds. However, winds are very favorable for tornadoes, so we can’t rule out an isolated tornado. I think any that do spin up will be brief and weak. But, that’s still a serious situation.  Treat any severe t-storm warning today as if it were a tornado. 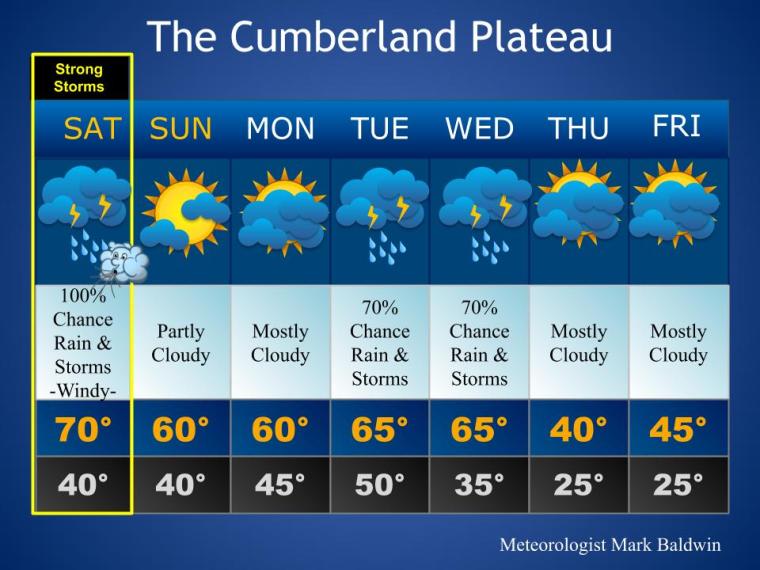 On this day in 2008 the city of Baghdad experienced its first snowfall in 100 years. Can you imagine how excited those kids were?

Everyone be safe today!

Below is the radar at 7:45 a.m. Storms are between Nashville and Memphis, moving east. Tornado watches reach as far east as Lebanon.