Milder temps to return next week

TONIGHT: Widespread frost. Low temps by Sunday morning will once again fall into the 28-32 degree range across the plateau. A FROST ADVISORY is in effect for tonight. 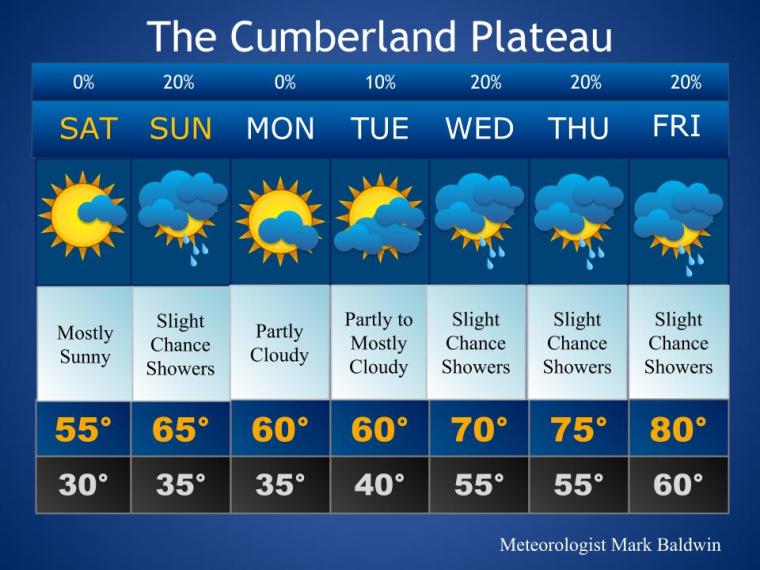 Today: Nice, but a little cool. Morning frost will be followed by sunshine. As darkness falls, temps will fall too. More widespread frost likely by Sunday morning.

Sunday: Partly to mostly cloudy, with a chance for showers. The shower chances are best north of I-40, though even then chances are only 20-30%. 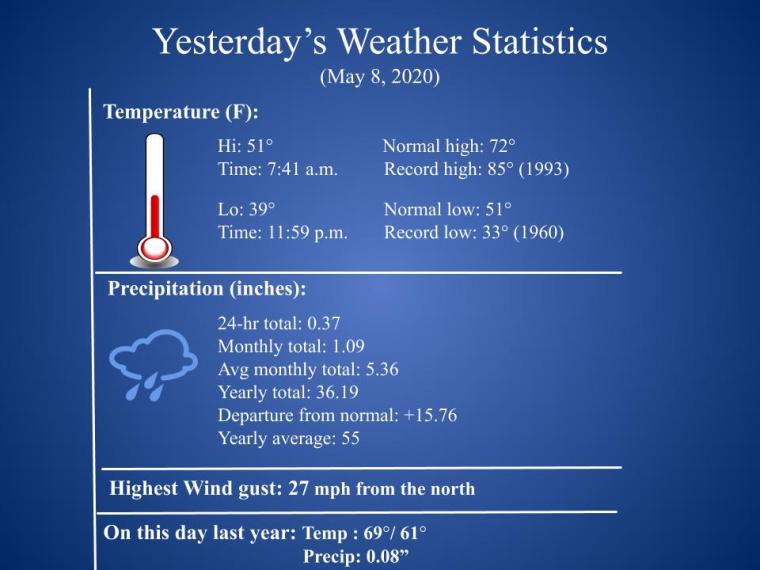 High: 109 at both Death Valley and Ocotillo Wells, California

A strong cold front has surged to the south, unleashing an unseasonably cold air mass across much of the eastern US. That leaves in its wake a very stable atmosphere that cannot support severe weather. Across the northern US, light wintry precip will be possible today. 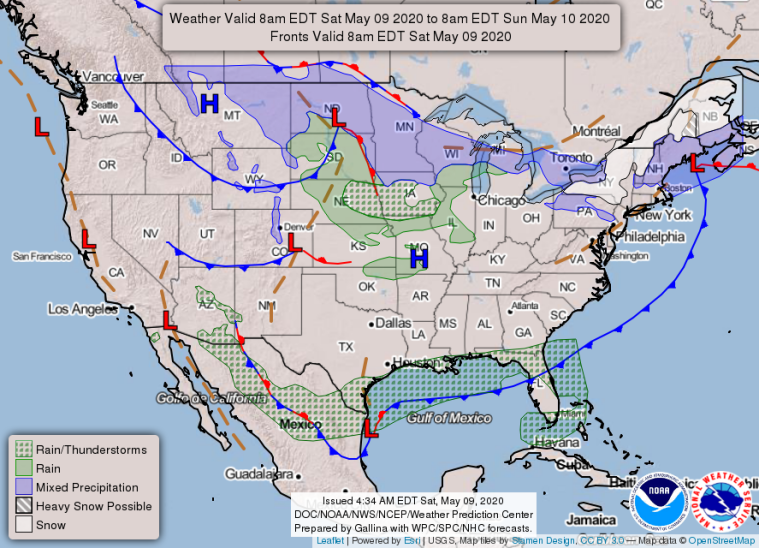 A late-season snow storm struck Ohio and Pennsylvania on this day in 1966. As much as 3-5 inches of snow fell across parts of those states. The mountains of New York state (Adirondacks) picked up eight inches of snow.

Just 11 years later. another late-season snow would hit on this day and prove even more severe than the 1966 one. Once again, Pennsylvania and New York were hard hit, as well as Connecticut and Massachusetts. The 1977 event left the mountains covered in nearly two feet of snow. The heavy, wet snow knocked out power to half a million Bostonians in the first May snow for that city in 107 years.

Now, in 2020, we’re seeing snow chances across the north on this day once again.