Many of you across the northern plateau saw numerous strong storms last night. The threat of storms of that nature looks to continue for the next week across our region. Any storm that develops over the next seven days, including today, could be strong to severe. A damaging wind gust is the primary threat. Storms will also produce dangerous cloud-to-ground lightning and some may produce very heavy rainfall that could lead to localized flash flooding.

Widespread severe weather does not look likely, but any storm could be strong to briefly severe. My concern is on the upper end of the low scale and is due, in part, to the concern of so many folks having outdoor plans this holiday week. Make sure you check the forecast and radar often and keep an eye out for dark clouds (and read the blog! ha) Remember, if you can hear it thunder you’re close enough for lightning to strike you. 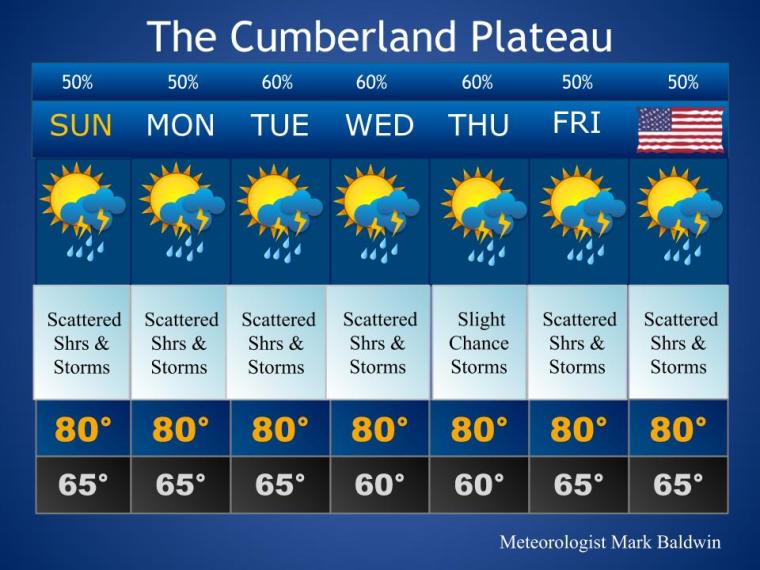 Today: Scattered showers and storms. Some storms could be severe, with a damaging wind gust being the main threat.

Not one good day. I can’t say that any day over the next seven days looks even halfway decent for working in hay. I’ll keep a close eye on this, and I’ll let you know as soon as I see any improvement with this forecast.

The tropics have been showing indications of becoming active. With the Saharan dust blowing across the Atlantic, development has been practically impossible. Now, that dust is subsiding and it looks like we already have two areas to watch. I’m working on a blog/vlog to update you all on what to expect in July this hurricane season.

It’s another active weather day across the country! Severe storms will threaten the states of Massachusetts, Connecticut, Rhode Island, as well as the New York city metro area. Both severe storms and heavy rainfall will affect portions of Kentucky into East TN/northern Middle TN and western North Carolina. Another area for that activity will be found across portions of Iowa, Minnesota, and Wisconsin. This is the area with the highest risk for tornadoes today. Yet another area of severe storms can be found across eastern Montana and western North Dakota. Meanwhile, the wildfire danger remains very elevated and dangerous across the Southwest.

Heavy rainfall threatens southeastern Minnesota and western Wisconsin, as well as across portions of central and eastern Missouri. The wildfire danger remains very high across the Southwest. 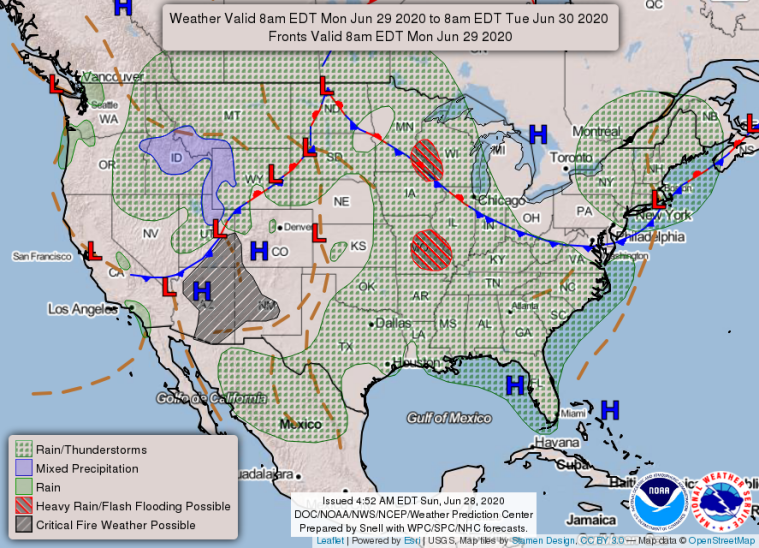 Another round of severe weather is expected across the northern plains.

The Desert Southwest of the US experiences a wet monsoon every year, which begins in the middle of June and ends in September. A monsoon is a seasonal wind pattern that can cause a lot of wild weather!

In time, the wind will start to flow from the cooler water to the hotter land. This acts as a sort of cool front that moves inland, leading to rain and thunderstorms.

In the weeks before monsoon season begins, winds begin to increase but the rains are yet to fall. This creates ideal conditions for wildfires. That’s what those folks have been dealing with for the past few weeks.

The rains typically begin as isolated thunderstorms in the afternoons and evenings, much like our summer weather on the plateau. In the desert, the outflow winds from thunderstorms can kick up a huge amount of dust. This creates dangerous dust storms that can have dust that reaches as high as one mile into the sky! This dust also drops visibility on roads very suddenly, leading to dangerous driving conditions.

Following the isolated activity, heavier rains will develop as the wet monsoon season progresses. That will bring the threat of floods and flash floods. With desert terrain, there are few places for the water to go.

The weather of deserts is a lot more active than most people think. It’s not just sunny and hot all the time, especially during the wet monsoon season!

You all have a great Sunday! 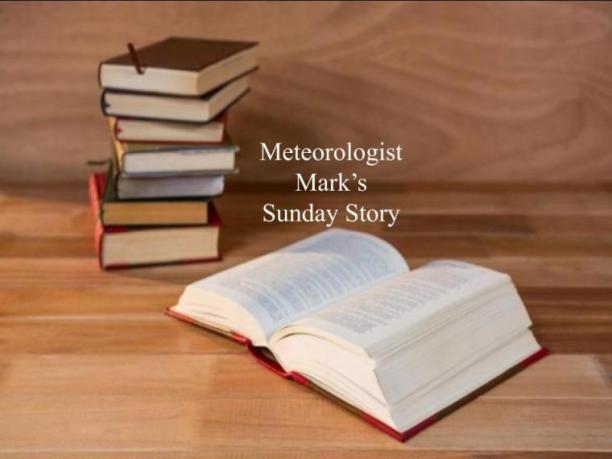