Hurricane Hunters have found that Dorian’s barometric pressure has fallen slightly, leading to an increase in wind speeds. Earlier today, Dorian had max sustained winds of 105 mph. Now, they are back to 110 mph. Major hurricane status (cat 3) starts at 115 mph.

It is believed that increasing wind shear will keep Dorian at a cat 2, but that is being monitored this evening. The warm waters of the Gulf Stream Current have added some fuel to the storm.

The storm continues to look impressive on satellite, as it moves perilously close to the Southeast Coast. Several inches of rain is expected for coastal communities, along with the threat of coastal flooding and isolated tornadoes.

A trough (ie. “baby” cold front) in western North Carolina, followed by a stronger “cold” front dropping down from the north, will help push Dorian out to sea. Winds ahead of both of these features are from the southwest. Tropical systems cannot, under any circumstances, cross a trough or front. They must move ahead of them.

Visible satellite gives us our final looks at Dorian before the sun sets on him. I’ve been watching those bands farthest west, hoping they would make it over the mountains and give us some tropical clouds to see to our east.

You all have a great evening and don’t forget to look for that crescent moon in the western sky. It sets at around 10:00, so go out and look for that. It’s been absolutely beautiful the past few nights! 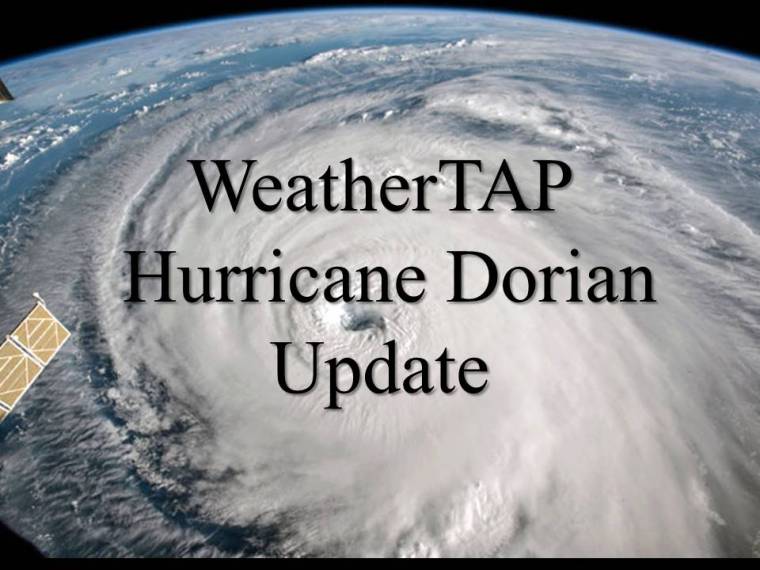