Our Big Ball of Gas Returns to the Sky

The sun has returned!

The next rain-maker arrives Monday

The main threat facing us in the immediate future is the bitter cold air that has settled into the area. If you have budding plants you’ll need to protect them. Also, don’t forget those outside pets!

A storm system next Tuesday may bring heavy rainfall and strong storms. I’m keeping a close eye on that. The Storm Prediction Center has not outlined a threat area yet, but they are discussing doing that in future outlooks.

The sun is back! What a nice sight and one that we’ve been wanting to see for some time.

We should hold on to the sun for at least a couple of days. Then, clouds start to thicken again by Sunday, as the atmosphere gets primed for our next storm system.

That storm system should begin bringing some showers onto the plateau by Monday afternoon. That rain will likely increase in coverage and intensity on Tuesday. Some of the thunderstorms may be on the strong side, but it’s too early to know specifics with that.

Behind this system, we’ll see colder air filter into the region. If moisture hangs around, there could be some opportunities for some wintry precip. I’ll keep an eye on that, too. 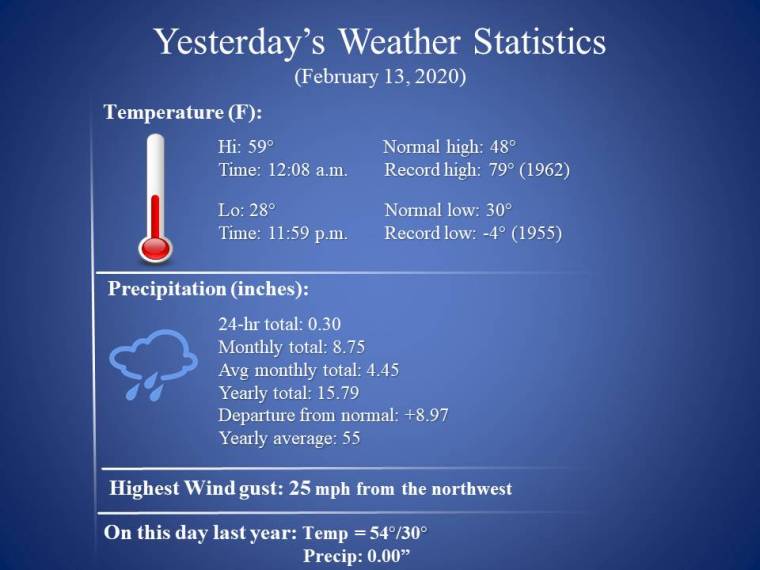 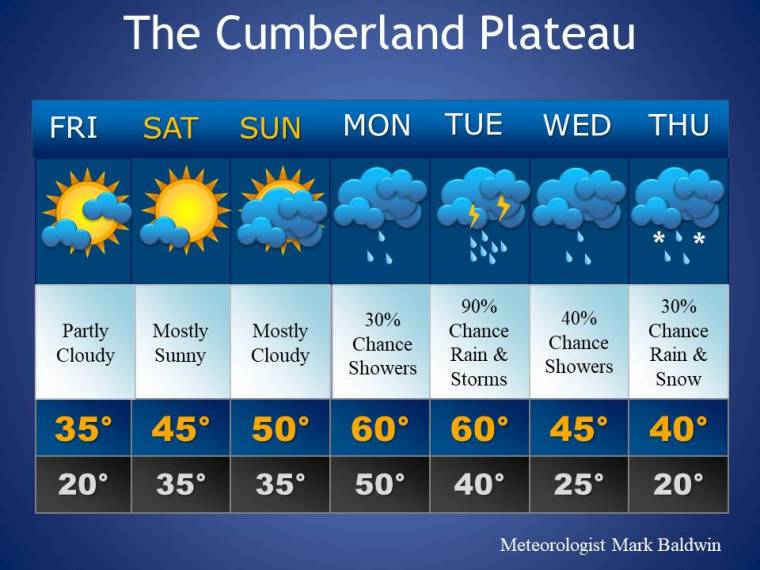 Flood advisories remain in effect for numerous streams across the Southeast. Other than that, severe weather hazards are few and far between today.

Bitter cold air, riding on gusty northerly winds, is creating dangerous wind chills across the northern plains and parts of the Upper Midwest. Some of those advisories extend to New England, as well. Meanwhile, a new winter storm threatens parts of the Northwest.

On this day in 2004 it snowed in Texas. While that’s not altogether unusual in February, the fact that three inches of that fell on Dallas on Valentine’s Day was unusual. This was the deepest snow since 1978 for the city. Traffic accidents, power outages, and flight cancellations all turned Valentine’s Day into a nightmare. What about the thousands and thousands of flower deliveries scheduled for that day? Well, let’s just say a lot of Valentines had to wait an extra day to get the goods.

I shared this on Facebook last night but I’ll share it here, too. So many of you have asked me how this February compares to last year. It’s actually very similar! The Weather Prediction Center released these two maps yesterday, showing the accumulated national rainfall for the first 13 days of February 2019 (top image below) and the first 13 days of February 2020 (bottom image). The resemblance is uncanny! 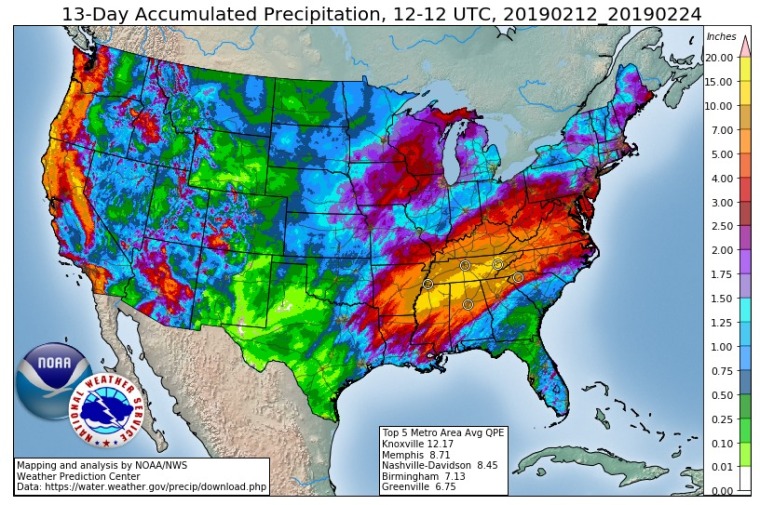