NASA Administrator Jim Bridenstine reminded us this morning that this week’s launch is a test flight. The main purpose of this trip is to test the Crew Dragon capsule for space flight. The capsule can hold four astronauts, but there will be only two on this test flight. The flight will take them to the International Space Station (ISS), and then return them safely back to Earth after one to four months (the exact length of time on the ISS is yet to be determined).

So, what exactly is the International Space Station?

You all have seen me remind you of the ISS flyovers many times. It looks like a really bright star that moves across the sky. It’s quite the sight to see, especially when you know people are on board! It comes over from time to time.

Humans have occupied the ISS for 20 years. That means that for the past 20 years the Earth has not held every human that is alive. There have always been a few of us out in space. That is unlikely to change in our lifetimes. The ISS can comfortably accommodate as many as six people. Normally, astronauts stay on the ISS for about six months at a time. 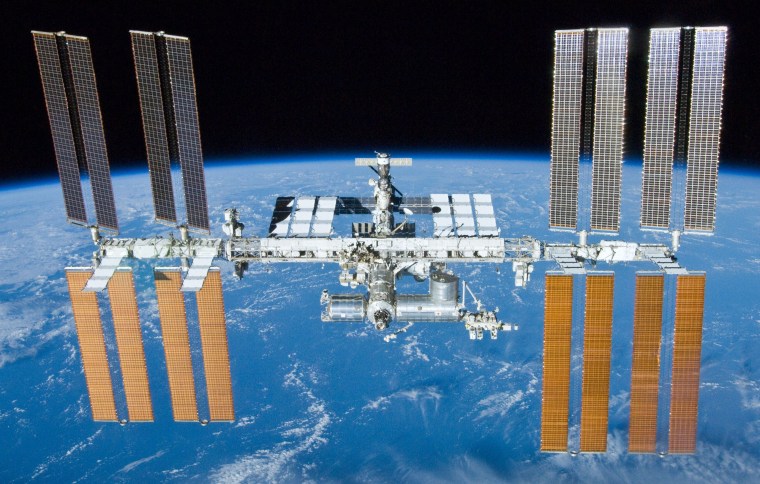 The ISS is the most unique scientific laboratory in the universe. Astronauts stay busy carrying out experiments. They even perform experiments that are sent to them from scientists and students here on Earth. Sometimes even grade-school students send experiments up. The experiment gets sent to the ISS with detailed instructions and the astronauts carry out the experiment.

Should the astronauts need to suddenly evacuate the ISS, there are two vehicles attached to it for them to get into and fall back to earth. Without being powered, any vehicle at that altitude will fall back to earth. If the ISS didn’t maintain a speed of 17,500 mph, it too would fall to earth. They are not beyond the pull of gravity.

Think about this… When  you throw a ball it falls to the ground. If you throw it really, really hard it just falls farther away. Imagine throwing it so hard and fast that it went over the edge of the world! That’s some arm you go there! (ha). That’s how the ISS stays in orbit. It’s literally in constant free-fall. To maintain that free fall, the ISS must travel at 17,500 mph. Any slower, and it will start to descend and eventually fall to earth.

Much of the ISS’s operation is managed by the folks at Marshall Space Flight Center in Huntsville, Alabama. As the name implies, however, the space station is an international effort, with multiple countries participating.

The ISS is not the first space station. By definition, a station is, “an artificial structure placed in orbit and having the pressurized enclosure, power, supplies, and environmental systems necessary to support human habitation for extended periods.” The first occupied space station was the Russian Salyut in 1971. That was followed by the first US space station, Skylab, which ran from 1973-1979. The Russian Space Station MIR existed from 1986-2001 and was quite successful. The Chinese had the station Tiangong from 2011-2016. Now, there’s the most successful of them all, the ISS, which has been occupied since 2000. The stations I’ve talked about above are the ones that have been occupied. There have been others that were unoccupied for various reasons.

The ISS has some unique “problems”. Going to the restroom can be a challenge. You better not miss the vacuum! (ha) Sleeping is interesting. There’s no sense in laying in a bed because you’ll just float back up! Exercise is performed with resistance bands and unique exercise equipment. Taking a shower is impossible. You just wash off, basically.

In the video below, you can see how astronauts use the restroom on the ISS.

The purpose of the ISS is three-fold:

Some of the experiments on the ISS are absolutely mind boggling. For instance, beginning in 2013 the ISS National Lab’s protein crystal growth series began. Proteins can be grown as crystals in space with nearly perfect three-dimensional structures useful for the development of new drugs. This allows for unique experimentation that leads to medical breakthroughs for us here on earth. A big focus to date is the study of drugs that can help those suffering from muscular dystrophy.

Otherwise inoperable brain surgeries have become operable, thanks to robotic technology discovered for use on the ISS. Laser eye surgery has NASA connections, too. In fact, such surgeries would likely be impossible without technology developed by NASA.

The study of bone loss in microgravity has led to a better understanding of osteoporosis here on earth. That research continues to provide more clues into bone loss that may someday lead to the elimination of osteoporosis.

Water filtration and purification is vital to sustaining habitation on the ISS. Using the technology developed for that, NASA has revolutionized water purification methods around the world, especially in under-developed countries. This has no doubt saved countless lives and improved the lives of countless others.

I could go on and on. Cancer research, virus research, vaccine research, Alzheimer research and on and on…. Research on the ISS has led to medical breakthroughs here on Earth that we may have never known had it not been for the research lab in a microgravity environment. 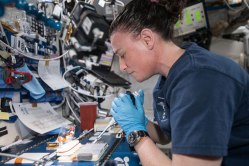 Even without all the medical breakthroughs and knowledge, just giving the kids something to dream about is worth it all. The astronauts on board the ISS frequently speak with school kids, sometimes even from the ISS! They inspire the young minds to shoot for the stars…literally. What a wonderful thing to give kids….hope. 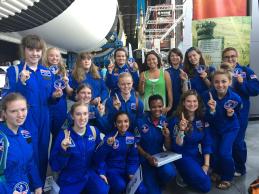 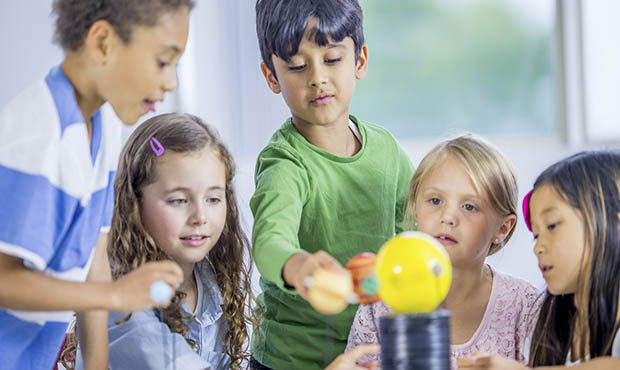 A multi ethnic group of little children sitting at a desk, exploring a model solar system for a science class.

And I’d be remiss if I didn’t mention the climate change research that has taken place onboard the ISS. NASA understands better than anyone else how important it is to take care of our planet. And despite what you may have seen on the ever-reliable social media, NASA never “admitted that climate change was caused by changes in earth’s orbit, not people.” Yes, there are natural forces at play but we simply cannot dismiss the human toll on our planet. The research is always ongoing and we need that climate research more now than ever.

These journeys into space change a person. Astronaut Michael Collins once commented that he didn’t think there would ever be another war if everyone could the earth from space just one time. We could learn something from the changed perspectives of astronauts. “Since that time, I have not complained about the weather one single time. I’m glad there is weather. I’ve not complained about traffic, I’m glad there’s people around… boy we’re lucky to be here. Why do people complain about the earth? We are living in the Garden of Eden.”– Alan Bean – In the Shadow of the Moon

The ISS is an incredible asset to the world and I can’t wait to see what comes next. There are plans for an even bigger and better space station to come! What an interesting time we live in. What an inspirational and exciting time, indeed!

Later this evening, I’ll give you a quick update on something this mission and future missions will have that space shuttles didn’t. Stay tuned to find out what is later this evening!

NOTE: Be sure and “Follow” the blog to get updates sent right to your inbox! Just look for the “Follow” button in the lower right corner of your screen. Thank you!