We are now only hours from launch. If the launch goes as scheduled, it will take place tomorrow at 3:33 CDT.

When I was accepted to the Falcon Heavy NASA Social launch last summer, I was so excited I could hardly type to tell everyone on Facebook how excited I was (ha). In fact, I had to walk around the yard for a while just to compose myself. It couldn’t get any better than this.

Just days later I was accepted to the NASA Social for the Ascent/Abort test that was to take place just days after the Falcon Heavy launch. I thought the excitement might kill me (haha).

So after the Falcon Heavy launch took place I just stayed at the Space Coast until the Ascent/Abort test could take place.

So, what is the Ascent/Abort test that I’m talking about? Well, I’m glad you asked!

One of the greatest flaws (in my opinion) of the space shuttles was that they had no escape mechanism. Should anything go wrong, there was no way to eject away from whatever was going wrong. Granted, there’s not much time to make that decision after lift-off but, like with flying on a plane, the most dangerous part is taking off and coming back. But, engineers couldn’t figure out a way to create an escape system. Besides, was it really needed that badly?

Then, the Challenger disaster happened.

While spectators looked on at the explosion overhead, certain the astronauts were immediately lost, the crew was still alive. They would likely be alive for at least another two minutes (hopefully not conscious for that entire time), continuing to ascend upward,  but without power and alongside the side rocket boosters that were out of control. There was nothing they could do. There was no escape.

And so their ascent slowed….and then they fell from the sky.

Pictured below is the Challenger disaster. The two side rocket boosters can be seen flying off to the upper right. 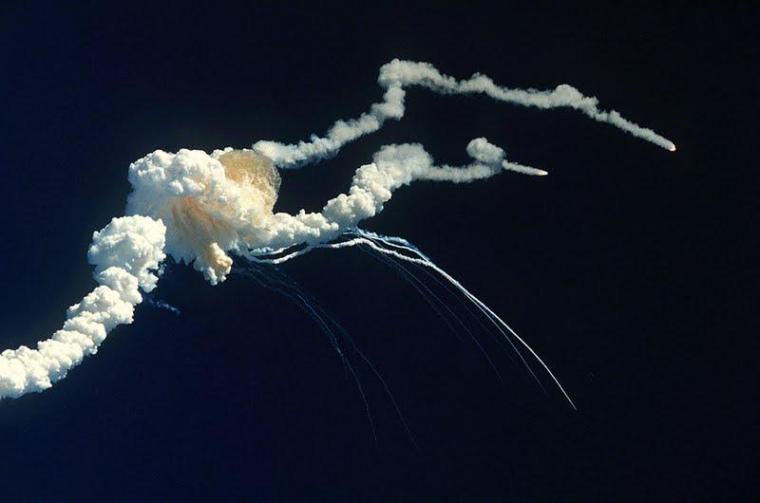 Now, there’s an escape plan! That’s why the ascent/abort test was so necessary last summer. We watched in awe as the capsule lifted up to 30,000 feet or so. Then, the ejection. What a sight! We watched with jaws dropped as the capsule free fell from the sky. During this test, a parachute was not used because of the expense of those shoots.

Then…..SPLASH DOWN….right in the ocean. It was so far away, yet up went the wave! It was beautiful. I thought of how amazing it was that as a kid I watched the Challenger disaster unfold and now I was watching something that may prevent such a tragedy from happening in the future.

The test was a total success! It’s so good to know that, should anything go wrong in the minutes after lift-off, there’s a safe way back home. The capsule was covered in sensors and the data from them showed just how successful this test was.

Interestingly, the smoke trail left behind by the ascent/abort test looked eerily similar to the Challenger’s smoke trail. Eerie, indeed. 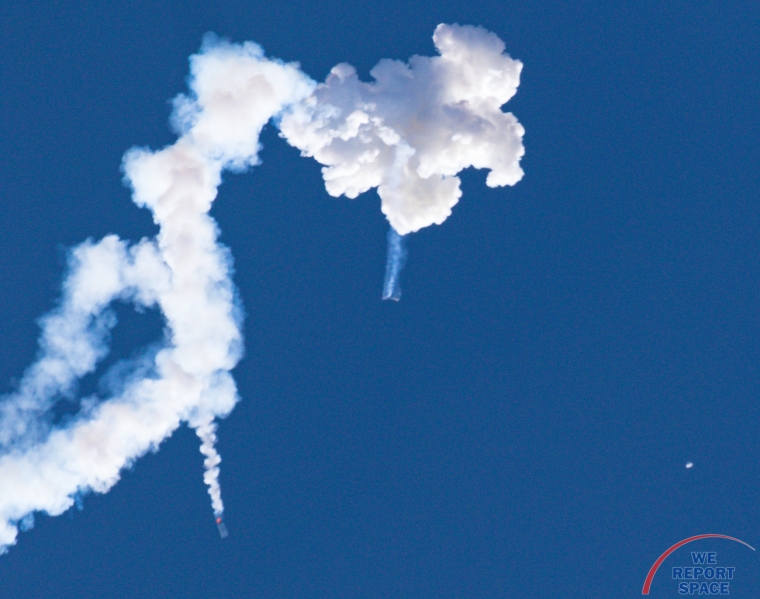 We’re human. We explore. We take risks. That’s never going away, no matter what. It’s a part of our creation. We just want to make sure we do it safely.

Consider this quote from Edgar Mitchell, “So, we’ve gone from covered wagons to going to the moon in just under 100 years. For all the centuries and thousands of years before us, people walked or rode horses, cows, camels or whatever. This so-called modern era, from the late 19th century through now, has been the period of the most amazing development, discovery, innovation and acceleration of change that humans have ever experienced. And it hasn’t slowed down yet.”

It hasn’t slowed down one bit. And you haven’t seen anything yet. 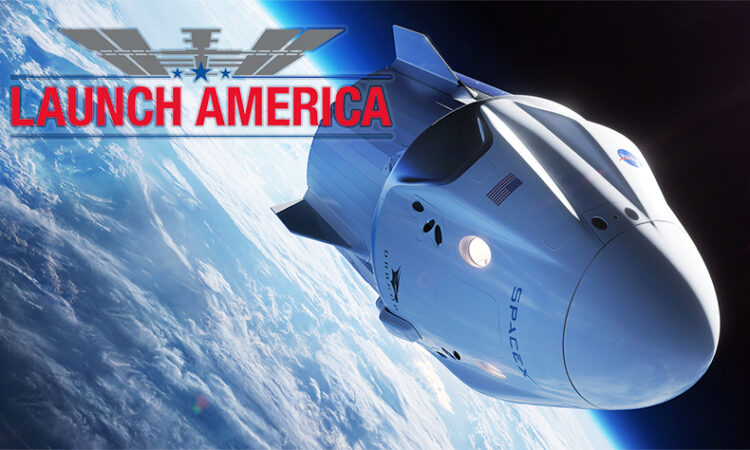