As I mentioned in the blog earlier this morning, Boeing’s Starliner launched from Cape Canaveral early this morning. The launch itself was perfect. The flight is not.

To reiterate, this is Boeing’s version of a “space taxi” that will take astronauts to the International Space Station from American soil. This is a big test for that company.

SpaceX is also designing a space taxi and I saw that test go off flawlessly back in March. In later tests, however, the SpaceX craft blew up on a test pad, setting that transportation vehicle behind schedule.

Boeing’s Starliner is currently in an unplanned orbit. This has led to the decision to abort its mission of docking with the space station. The mission now is to get it safely back to earth.

NASA Administration Jim Bridenstein, in a press conference a few minutes ago, emphasized that if astronauts were on board they would be perfectly safe and would have been safe during this whole situation. That is good news!

Landing the craft at White Sands, New Mexico was always part of this testing, and that part of the mission is still on track. Bridenstein did say that if astronauts were on board, they might have been able to correct the problems the craft is having with navigation.

I think we’ll know a lot more about what has happened when Starliner gets back home.  That landing is expected to happen tomorrow. It was originally scheduled to dock with the ISS tomorrow, with a load of food and supplies.

No worries, they still have plenty of food.

Boeing already has a questionable reputation within the space community. This does little to help that.  If I had to choose, I’d always choose SpaceX (but that’s just my opinion. ha).

The image below was taken at McGhee Tyson Airport in Knoxville, TN. The Starliner can be seen streaking across the sky. 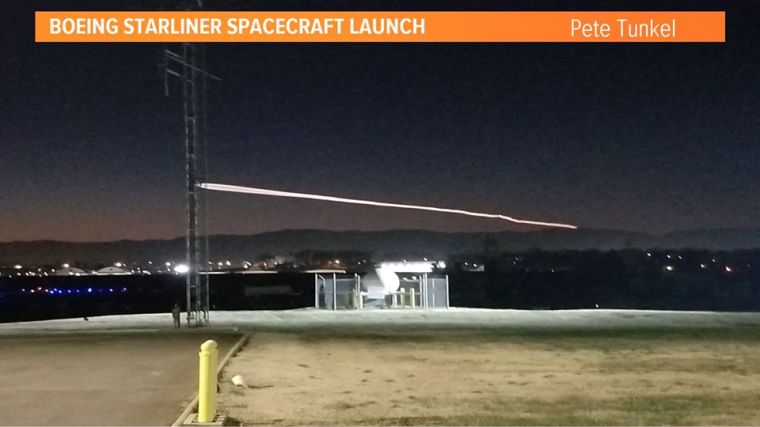